Introducing the future of personal mobility...

Ever since the Wright Brothers proved motorized flight possible, people dreamed of having their own personal flying vehicle to soar over buildings and other obstacles to get to work, run errands or visit family and friends.  The concept of convenient door-to-door air travel captured our imaginations and offered the potential for on-demand aviation to become part of our daily lives.  It has taken over a century of technological innovation and a convergence of market conditions for the dream of personal aircraft to finally be actualized.

No longer the subject of fantasy and science fiction, the flying car has now become reality thanks to Doroni LLC.  Beginning in 2016, our multi-disciplinary team has been leveraging cutting-edge technologies to develop a revolutionary new eVTOL (electric vertical takeoff and landing) platform with semi-autonomous capability that any adult can operate, called the Doroni flying car.  Our vision is to provide a safe, affordable, easy-to-maneuver, environmentally friendly and economical aircraft, with the added benefit of an aesthetically striking futuristic design.  The Doroni team plans to customize its scalable electric flying car for uses other than personal transportation such as cargo delivery, industrial applications, recreation, emergency services, military support and as a multi-passenger air taxi.

One of the factors driving the vibrant development and planned integration of sustainable manned and unmanned aerial vehicles is the overburdened ground transportation system which is negatively impacting the quality of life in major metropolitan areas.  The need for greater mobility options in cities around the world, particularly during peak periods, increases every day as road traffic becomes further gridlocked.  Stress, losses in productivity, excessive fuel consumption, and destruction of the environment from harmful emissions are generating significant health, economic and environmental costs, which have reached a critical stage.   The desire for faster, more efficient and cost-effective package delivery services by major e-commerce retailers has also been a factor in the development of this emerging niche aviation market.

We welcome the opportunity to meet the challenges presented by the fast-paced and continuously evolving transportation and aviation industries.

Our mission is to transform intracity transportation, improving the way we work, play and live.  We are helping to define the future of urban air mobility, engaging with the aviation industry, academia, the military, regulatory agencies as well as our prospective civilian and commercial customers.  Our personal flying vehicle will offer a safe, practical, inexpensive and environmentally friendly alternative to traditional automobile transportation.
‍ 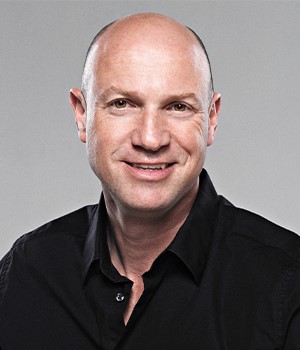 A serial entrepreneur and problem solver, Doron Merdinger is Doroni LLC’s founder, chief executive officer, and owner.  After graduating from the New York University’s renowned Stern School of Business, Merdinger embarked on a successful career starting and expanding his own companies and managing eight-figure firms to unprecedented revenue growth. Over the last 25 years, he has gained vast experience in management, product design, manufacturing, sales, and vendor relationships. These experiences guided his design and engineering of the company’s single-seat, electric-powered hovering vehicle that served as the inspiration and forerunner of the Doroni flying car prototype. His vision continues to provide the foundation of Doroni mission.  A well-regarded collaborator and communicator, Merdinger has assembled a best-in-class technical team whose complementary expertise and experiences are leading the way to bringing practical personal urban flying vehicles to fruition.  Served in the Israeli Air Force.  Honor student. Bs. Stern school of Business, New York University. 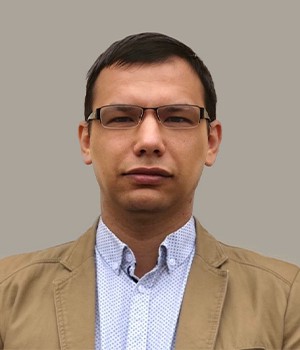 Roman Antonov has over fifteen years of experience in the Aerospace Engineering field. He is responsible for fluid dynamic calculations, mechanical design and integration of all components of design into one device. Mr. Antonov worked in one of the largest aircraft engineering companies in the world(Antonov Design Bureau), participated in design and production of a drones, monowheel, hoverboard, electric bike, electric trucks. He developed extensive experience as Chief Technical Officer and Chief Executive Officer in private firms.  Mr. Antonov attended National Aviation University in Ukraine where he earned his Master degree in Aerospace Engineering with Honors. 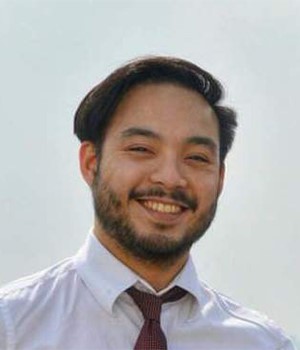 Czar Balangue has over 6 years mixed experience in software and electronics engineering.  His experience extends to embedded software development for research and development of unmanned aircraft systems, consumer electronics and medical devices. He has also taken on roles as a systems engineer in some of his aerospace projects and leading the software and electronics development. He has worked for various drone tech start-ups, a flight simulation company, consumer electronics design and manufacturer and a consultancy firm.  MEng (HONS) Digital Communications and Electronics, University of Hertfordshire. United Kingdom. 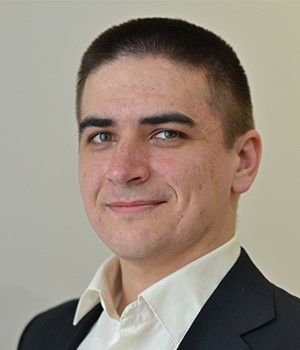 Oleg Sukhovii has over fifteen years of experience in the Aerospace Engineering field. He is responsible for mechanical design, ergonomics, and integration of all components of design in one device. Mr. Sukhovii worked in one of the largest aircraft engineering companies in the world (Antonov Design Bureau). He developed extensive experience as an Engineer of Technical Department (AAL Group Ltd.)  during repair and modernization of helicopters and as Chief Engineer at a private firm. Mr. Sukhovii developed and implemented the production of technical equipment for miners in a private company, participated in design and production of a drone, electric bike, industrial laser lighting equipment. Mr. Sukhovii attended National Aviation University in Ukraine where he earned his Master degree in Aerospace Engineering. 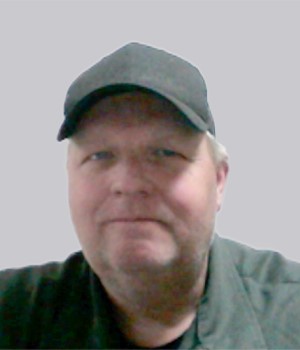 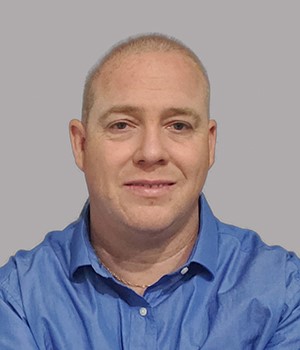 Charles Boyd has over 20 years in the Aviation Industry and has accumulated over 14,000 hours of flight time. Building, modifying, and improving remote control vehicles and aircraft for 30years.  Part 107 Remote Pilot and Part 135 Private Air Charter Current and Qualified. Holds a First-Class Medical, ATP Certificate, and multiple type ratings on various aircraft.  Initiated and assisted in developing company and FAA industry safety standards.  As a captain, he is responsible for the safe operation of the aircraft, weight and balance, performance calculations, preflight and post flight operations, along with ensuring proper maintenance has been performed. 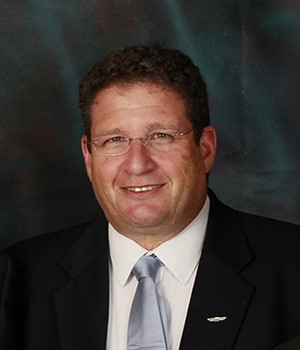 Alon Pereg, has retired from 28 years of active service in the Israeli Air Force as a fighter pilot and staff officer (Lt Col). During his service, he held positions as a pilot in a squadron, flight instructor in the flight academy and in the operational training unit (OTU), as well as a wide range of staff positions international affairs and strategic planning.  Co-founder and CEO of MATRIX JRAP, a consulting company focused on Unmanned Aerial Vehicles, mainly for military use. The company was involved in operational concepts and design of new UAV systems that were produced in the Israel Aerospace Industries (IAI) and in several strategic plans for the IAI and other major industries in Israel.  In 2001 he founded Banner Holdings and Management Services in Israel. As part of the company’s assistance to the Israeli Aerospace Industries (IAI), he launched and headed the first innovation team of the Israeli Aerospace Industries/LAHAV division. He also headed of strategic planning for the division. His innovation team was the first and only innovation team in the IAI which remains active until today.  In 2005 he founded the Banner Group in the USA, which was based on a core of top-level experts in commercial aviation. The group was involved in the development of IAI’s innovative TaxiBot system as designers of operational concepts and as consultants to the project’s team.  The group also carries out tasks in strategic planning, assists in the development of airborne systems, and advises on operational issues in commercial aviation.  Since 2004 Alon has flown as a pilot with EL AL Israel airlines, including as a check airman on Boeing 737NG airplanes and as a captain of Boeing 747-400 and 747-400F. Starting at 2019 he is a captain of Boeing 787-9.In his free time, Alon likes to fly in general aviation, mainly in the USA and light sport aircraft safaris in Africa.  He holds a Bachelor’s degree in Mathematics and Computer Sciences from Ben Gurion University, Israel. 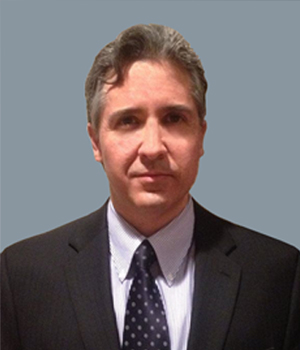 Keith Duffy has over thirty years of experience in investment banking, management, finance, strategic planning and operations, and has been a principal in a number of start-up companies. Mr. Duffy is the Chairman and CEO of Xeriant, Inc., a technology holding company focused on sourcing and accelerating emerging technologies with applications in aerospace.  He arranged the merger of American Aviation Technologies with a public company to form Xeriant, and established the relationship with Florida Atlantic University (FAU), preparing the white paper that was approved by the Florida Atlantic Research and Development Authority.  Mr. Duffy was formerly the founder and CEO of another public company, two bank holding companies, a software development company, and a biotech company now trading on NASDAQ.  He trained to be a private pilot when he was 16 years old and after college became controller at an FBO at the Palm Beach International Airport which helped to further his knowledge of the aviation industry.  Mr. Duffy has held a variety of management, accounting and finance positions over the years.  He has been a licensed securities broker and currently holds a real estate license and a NMLS mortgage broker’s license in Florida.  He has also served on the Florida Bar Grievance Committee.  Mr. Duffy attended Wake Forest University and Rollins College, where he earned a B.A. Degree in Business Administration and Mathematics in 1982.

Built on proven drone technology, the Doroni H1 personal flying car is an electrically powered vertical takeoff and landing (eVTOL) vehicle compact enough to store and recharge in a two-car garage and light enough to be towed by the family sedan.

The aircraft boasts a heavy duty 400-pound capacity, may be flown by an onboard pilot or remotely controlled, and offers the utmost in customization, payload and passenger options:

Complete engineering of our single and two passenger aircraft, including finalization of structure propulsion and control systems, aerodynamics and performance goals.

Even with the popularity of autonomous cars, there is an urgent need to revolutionize our wheels-based forms of transportation because of the increasing congestion in urban environments.  The future will include safe, efficient and eco-friendly personal aircraft, and Doroni will play a major role in providing an affordable, high-quality solution.

According to "Global Electric VTOL (eVTOL) Aircraft Market - Analysis and Forecast, 2025-2035" from BIS Research, the electric VTOL aircraft market is estimated to reach $524 million by 2025 and is projected to reach $1.9 billion by 2035. That’s a compound annual growth rate (CAGR) of 13.75 percent.  Much of that growth is expected to come as the personal flying vehicle niche claims transportation market share from traditional modes such as automobiles, rideshare, taxicabs, public transportation and airlines.

But that is just the beginning.  A Morgan Stanley report, "Are Flying Cars Preparing for Takeoff?," states that "VTOLs, could also open up a whole new world of business across multiple sectors.”  That potential, according the investment firm’s analysts, points to a worldwide market of $1.5 trillion by 2040.  Some analysts are even more bullish, foreseeing a market of nearly $3 trillion.

The future of commuting